This week rocked.    I think I saw more shows this week than most “normal” people do in a year or more.

Seeing Phil X and the Drills play at the Viper Room last night was definitely the highlight of this great week of shows.

2013 has been Phil’s year in just about every way.   He married his sweetheart, he is going to be a dad soon AND has been on a world tour with Bon Jovi this year (his second “tour of duty” with the band).   And there isn’t a dude that is cooler or more deserving than Phil.

And… Phil is the most viewed guitarist on the Internet.   His Fretted Americana videos are legendary.

According to the not exactly up to date Phil X and The Drills website (screen shot taken a few hours before show time), it appears that prior to last night’s show, they hadn’t played a gig in 134 roughly days.  I know they rocked in Texas with Kenny Aronoff on the drums back in March, so that must have been their last show until now.

The last time I caught Phil and The Drills was when they opened for Steel Panther last January.   That show was KILLER!

Just months later, he was suddenly back on the Bon Jovi World Tour replacing Richie Sambora, as he previously did a baker’s dozen of shows with the band back in 2011.

This part of the 2013 Bon Jovi world tour just concluded and now here he is playing a small local show.   And if you think about it for a second, going from playing huge stadiums to enormous crowds around the world and coming right back and playing to an intimate Viper Room show is WAY COOL!   Just prior to the start of the show, here he is out front with Amy, Lynn and Mike, who proudly sports a Bon Jovi tattoo (enlarged to show detail!)

Barring Phil’s performance with Billy Sheehan and Russ Miller last year at Yamaha in Burbank last September, this is the smallest venue I’ve seen Phil perform at to date.   The last time I caught Phil and The Drills was when they opened for Steel Panther last January.   That show was awesome. 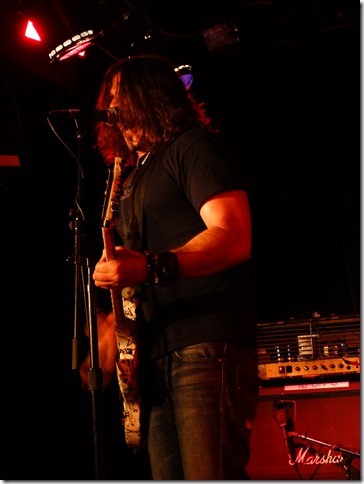 Here’s the set list of the show.  Nice placement of the rose next to “Stink”, Amy!  Well done!

Phil is the only guy that can “phone it in” and still totally kick ass in concert.

He uses an iPhone app for one of the songs, which is totally awesome.

Here’s a little sample of that (sorry about the audio quality – the stereo microphones in point and shoot cameras can’t do the job of recording concert footage very well!) 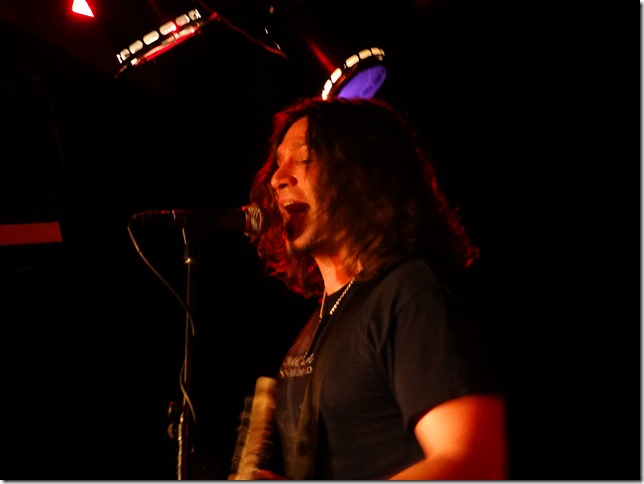 The audio blows here (this camera sucks for that), but this gives you an idea of how cool the show is…

Daniel Spriewald and Randy Cooke are the incredible rhythm section that holds it down while Phil does all his guitar wizardry.

Needless to say, Phil’s guitar work is absolutely incredible.   Who else goes from quoting “Man-eater” from Hall and Oates straight into Motley Crue’s “Shout at The Devil”, then rip on a portion of “Hotel California” and shred The Flintstones theme and tons of other cool tunes.   Magnificent!!! 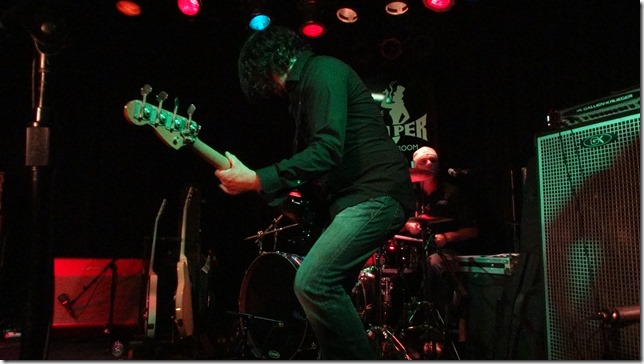 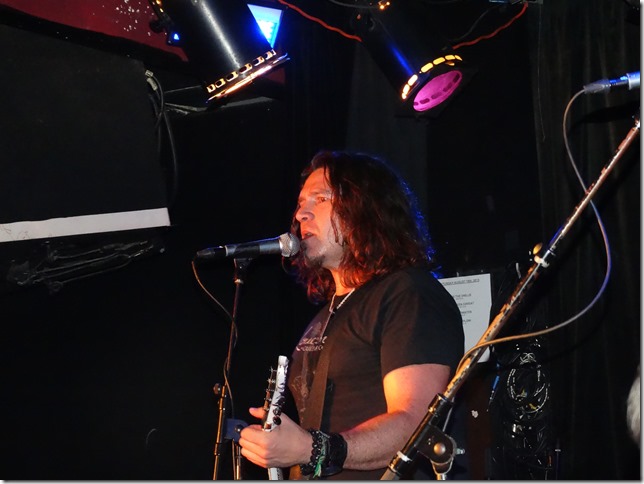 Phil and The Drills have great names for their albums (“We Bring the Rock N Roll”, “Kick Your Ass In 17 Minutes” and “We Play Instruments and Shit“) and funny song titles and hilarious lyrics, too.

Here’s a snippet of “I Wish My Beer Was As Cold As Your Heart”:

“I know you tried to kill us
When you drove my car off Coldwater Canyon in May
Damn, baby, where the hell you from?
I wanna know where the hell you’re from
We’d all be dead if you had a gun
You’re kind of evil is state of the art
I wish my beer was as cold as your heart”

“Air Hockey Champion of the World”.  This is my favorite song from The Drills.   I dork out every time I hear it.

(Here’s Erik from Made In America getting beat by a girl.  And he REALLY wanted to hear the band play “Beautiful Apartment”.) 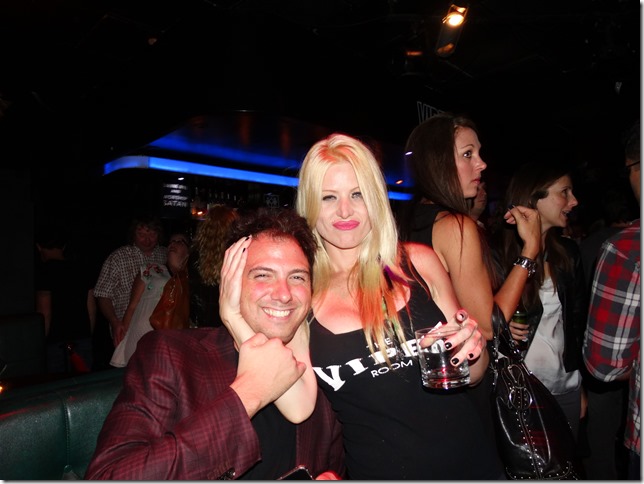 Michael showing that “Middle Finger” was indeed in the set.

Amy and Phil after the show…

Phil and the band really need to COME TO LUCY’s 51 tomorrow night and EVERY MONDAY to jam with occasional DRILLS drummer Kenny Aronoff, James LoMenzo and Brent Woods.  That would f’in rule!!! 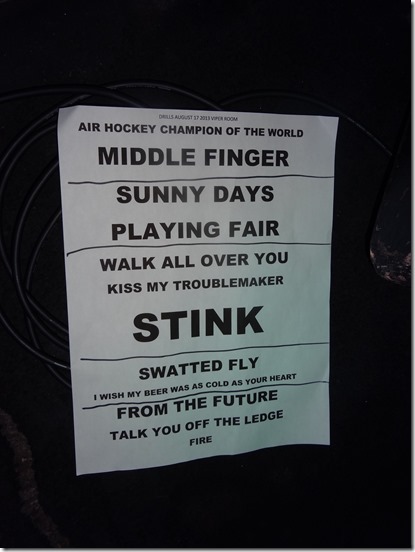 SET LIST:
AIR HOCKEY CHAMPION OF THE WORLD
MIDDLE FINGER
SUNNY DAYS
PLAYING FAIR
WALK ALL OVER YOU
KISS MY TROUBLEMAKER
STINK
SWATTED FLY
I WISH MY BEER WAS AS COLD AS YOUR HEART
FROM THE FUTURE
TALK YOU OFF THE LEDGE
FIRE