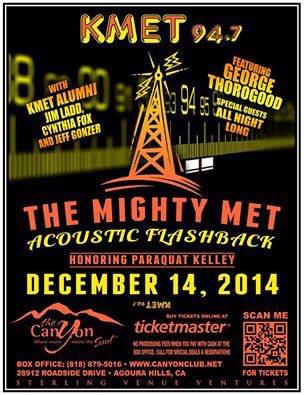 Contribute to the cause: http://www.gofundme.com/b2rgfc

Burke is also happens to be a long time member of The Romantics and in his main role as Blondie’s drummer, he toured together with Elliot with The New Cars in 2006 on the fantastic “Road Rage Tour”.

The band is touring in support of their debut album “The Empty Hearts” on Savoy Label Group’s 429 Records.

The show started with the opening track of their debut CD. Right out of the gate, this was an incredible show. The crowd was hooked from…

All metal shows should be this great. Arch Enemy truly is a fantastic metal band.

The show at the House of Blues on National Metal Day (11/11) rocked throughout with serious musicianship and killer tunes.

Paired perfectly with music that matches her aggressive, intense and awesome vocal style, there aren’t too many bands out there that come close to their live show for a true metal experience. Arch Enemy are super heroes of heavy metal.

This show easily warrants a trip to Anaheim later today to see them play again.

BOSTYX made their live network television debut on AXS TVs World’s Greatest Tribute Bands to a packed audience at the Whisky-a-go-go.

Selected by host Katie Daryl to perform on AXS TV’S World’s Greatest Tribute Bands, BOSTYX faithfully reproduces the music of two amazing American classic rock icons – BOSTON and STYX. These bands have influenced tons of bands that came after them – both in rock and some other more unexpected genres as well.

David Victor has recorded and toured with BOSTON and has enjoyed chart-topping success along the way. David joined BOSTON for their 2012 and 2014 U.S. and Canadian tours, and was recently featured as lead vocalist on BOSTON’s #1 single “Heaven On Earth” from their 2013 album “Life, Love & Hope”.

In his BOSTYX role, David handles lead vocals and guitar for the Boston portion of the show (R.I.P. Brad Delp) and Tommy Shaw’s vocal parts…

Alastair Greene has been on the “concert to-do list” for a while.

His music on the internet is great and he has some very impressive credentials.

After having arrived at THE LAB around 11, Alastair and his band were just finishing a fantastic blues tune when the next song was announced as being the last of the night.

That song absolutely ripped. Even after hearing just one song, it’s pretty safe to say that Alastair Greene is among of the best guitarists out there.