Pictures of slide show below courtesy of James Lott:

TRUE 2 CRUE ROCKED it at The Whisky last night.

Driving towards the venue, it was cool to pass The Seventh Vail, The Body Shop, and all the historic clubs where Motley Crue first got their start.

The line outside the venue was very long around showt ime and the place was packed out when True2Crue took the stage.

As promised last week, the group delivered with their high-energy tribute to Crue and they weren’t lying when they said they’re be girls (girls, girls).  And, as expected, it got crazy.  They really brought back the 80s on this Monday night with the sleaze, booze and tattoos.  This was easily the most “NSFW” installment of WGTB and that was a good thing.   To be able to party this hard on a Monday night is really cool!

The fans in attendance were really pumped for the show and they were treated to some killer music, pole dancing and a really cool vibe in the venue. 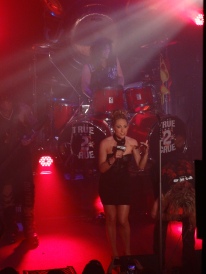 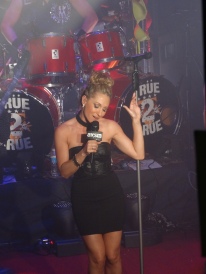 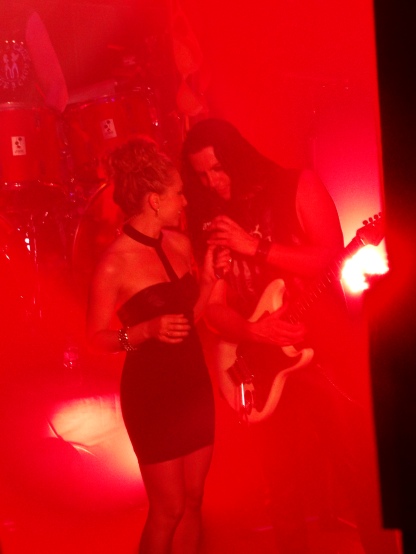 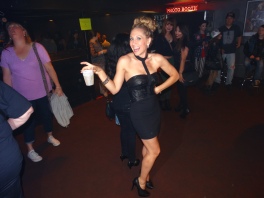 Katie Daryl was rocking out in the VIP area during Shout at the Devil. It was classic.

They rocked almost 1/2 hour after the telecast ended.

Everyone in attendance was blown away!

Kenny Metcalf, original keyboard player for Styper (who also does a phenomenal tribute to Elton John) was on hand for the show in full Stryper gear.
Last night, he briefly explained how he left Stryper.  He played the Pacific Amphitheater with Stryper with Great White as the opener. After 2 U.S. tours, Kenny left the band when Stryper was about to embark on world tour.  With 2 small daughters and his wife, Kenny opted to be a family man instead of being without them for long periods of time.

Larry Lee and the drummer for his Alice in Cooperland.

True2Crue drummer “Larry Lee” also happens to be “Alice” in Alice In Cooperland, who played in Season 2.   It’s rather ironic that Motley Crue and Alice Cooper are about to go out on tour again.

Watch for the upcoming release of The World’s Greatest Tribute Bands Vol. 3, which will feature 3 of their songs