Before the Guitar Center Drum Off at Club Nokia, it was only fitting to pay a visit to the Grammy Museum for the Ringo Starr exhibit. Some of his vintage kits are on display, both in the lobby and on the second level, where you you can take a video drum lesson from Ringo on an electronic kit, sing along to the Yellow Submarine video in an iso room, sit in the Clive Davis Theater and watch a Ringo documentary that covers his music and movie career. Caveman is a personal favorite. There are all kinds of neat Beatles things to check out.

There were also great exhibits for Cheap Trick and John Fogerty. It’s a great time to visit the Grammy Museum.
http://drumevents.wordpress.com/2014/01/19/ringo-starr-exhibit-at-the-grammy-museum/

Then, it was off to the Red Carpet for the Guitar Center Drum Off with Thomas Lang, Steve Perry, Steve Ferrone, Glen Sobel, Ray Luzier, George Lynch, Dug Pinnick and many more… 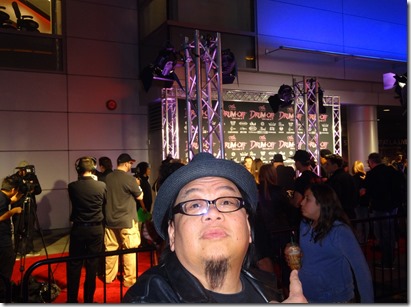 And inside for the Drum Off as 5 drummers battled it out for the championship: 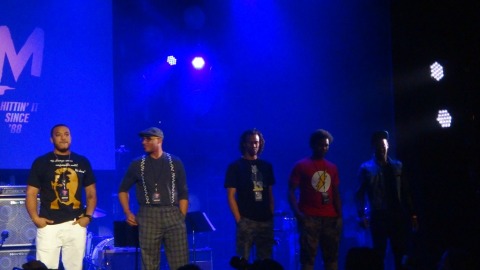 And tons of great performances by Chad Smith/ The Bombastic Meatbats with Steve Lukather, Steve Ferrone and friends (with Steve Perry), Ray Luzier, Jeff Kollman, Billy Sheehan and many more: 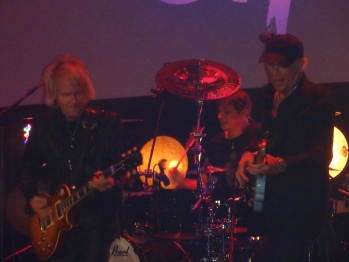 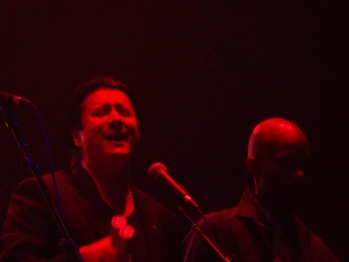