I took a stroll to The Viper Room just before midnight so I could finally witness That Metal Bar – the brainchild of true heavy metal aficionado "DJ Dave Wave" When I went upstairs, there was a killer band playing called Railroad To Alaska. They rocked. The singer/guitarist had a great stage presence about him and he sounded really good. It was heavy music, for sure. At one point, they did a song with a rather contrasting intro that had some pretty intense vocal harmonies before rocking out. It was quite unexpected. The song got pretty heavy from there. This was another band I just happened to see at The Viper Room that I’d definitely go back for (All Hail The Yet was the band I became a fan of the last time I was there. 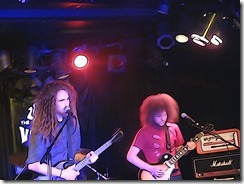 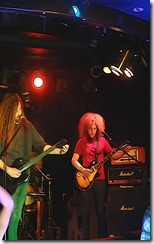 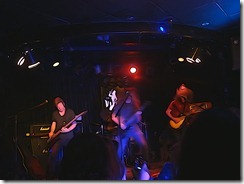