I’ve been a big fan of The  Motels since I was a little kid and still love New Wave music.   I think this was the fifth time I’ve seen Martha and her band in the last 5 years.

The show was pretty intimate and Martha was very funny between songs.   She talked about going back in her catalog to play music from 1979 (and mentioned that nobody else from the band was that old) and cracked some seriously hilarious jokes during the set.   The band of younger dudes rocked and it’s always a pleasure to hear Martha’s unmistakable voice.   The old, familiar tunes such as “So L.A.”, “Take The L” and “Suddenly Last Summer” were great and the newer and less known songs sounded really good as well.

They even played “Little Robbers” during the set.   Martha came out in a Santa suit towards the end of the show.

In addition to doing a somewhat cynical and very funny Christmas tune, they closed with “Only The Lonely”.    It was definitely a good pre-Christmas new wave show at The Canyon. 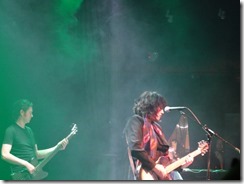 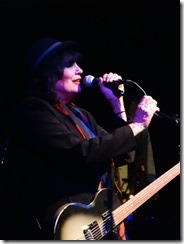 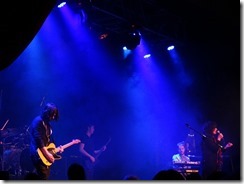 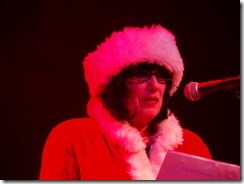 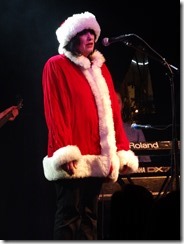 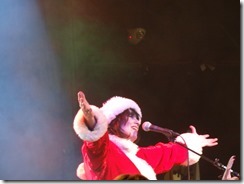