I thought it was a good idea to get my pre-SSMF groove on, considering I probably can’t even attend the event this weekend.    And I was going to go to Vegas to see Julien-K, so this saves me a trip…

I missed Filter last year when I opted to go to a celebrity boxing match.   I’m thinking that may have been a mistake.  At the last minute,  I jumped at the 4th chance to see Julien-K, even though their new album is a radial departure from their Transformers soundtrack song and the overall feel of their first album.

As expected, Julien-K played a set similar to the one they played at The House of Blues In Anaheim earlier this summer.  I primarily went to see them tonight and I unexpectedly ended up a Filter fan by the end of the evening.

Julien-K came out and played most of their new album and a few songs from their last album.   There were 3 songs I wanted to hear and I only got to hear one of them.   Still, it was an excellent set and I think they are a great band. 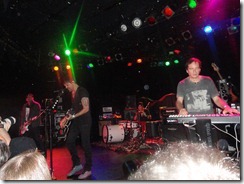 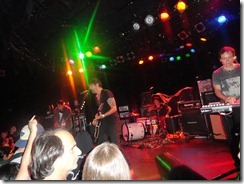 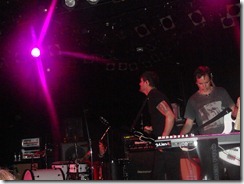 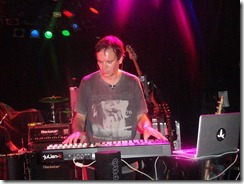 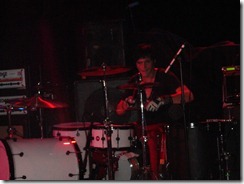 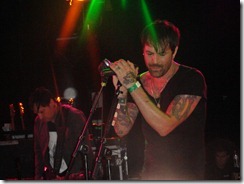 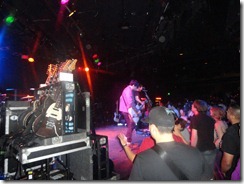 Next up was the headliner, Filter.   I have the Short Bus album, although I haven’t listened to it in 10 years. I could hardly remember what they were supposed to sound like.  They came out on fire and played a very impressive and long set of awesome tunes.  They jammed way harder than I would have ever imagined.   It was intense and I am thinking it was one of the best concerts I’ve seen this year.    I  really am in shock over how great this band was.   Jeff Friedl is an absolute monster on the drums.

I saw him play with Devo last year and he was just as phenomenal then.

Richard Patrick is an intense dude.  He threw down with an excellent vocal performance.   In addition, he crowd surfed and also did some I’ve never seen before- he set his guitar in the crowd and it somehow “crowd surfed” and somehow found its way to the other side of the stage.    That was a first.   Talk about being able to control a crowd.   Very few bands are as tight as this band was.   Some of the music was unbelievable.     I’m truly astonished by this show.   I’m at a loss for words.  This may take some time to process. 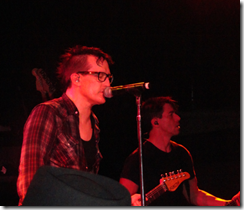 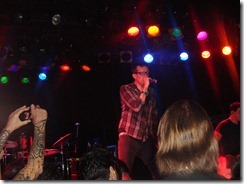 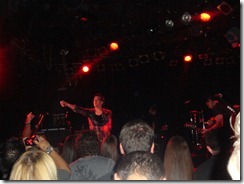 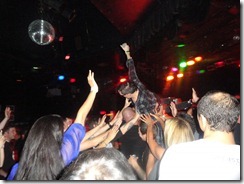 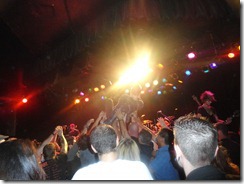 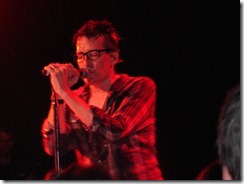 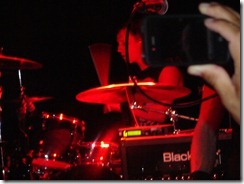 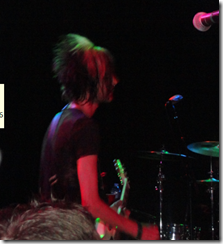 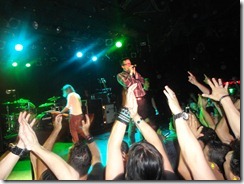