The World’s Greatest Tribute Bands hosted by Katie Darylreturns for its 8th Season on Wednesday, March 8 from The Whisky A Go Go at 10pm Eastern/ 7pm Pacific 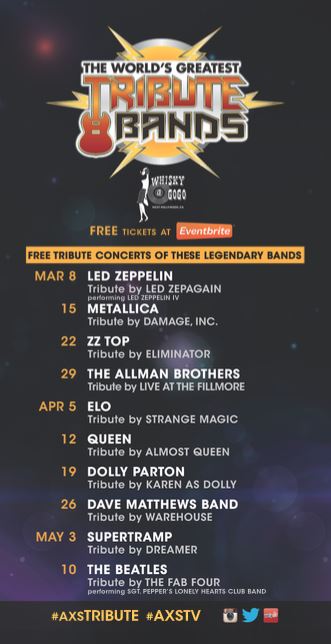 March 29:  Allman Brothers tribute by Live at The Fillmore.

May 3:  Supertramp tribute by Dreamer

May 10:  The Beatles tribute by The Fab Four to celebrate the 50th anniversary of “Sgt. Pepper’s Lonely Hearts Club Band” being performed in…