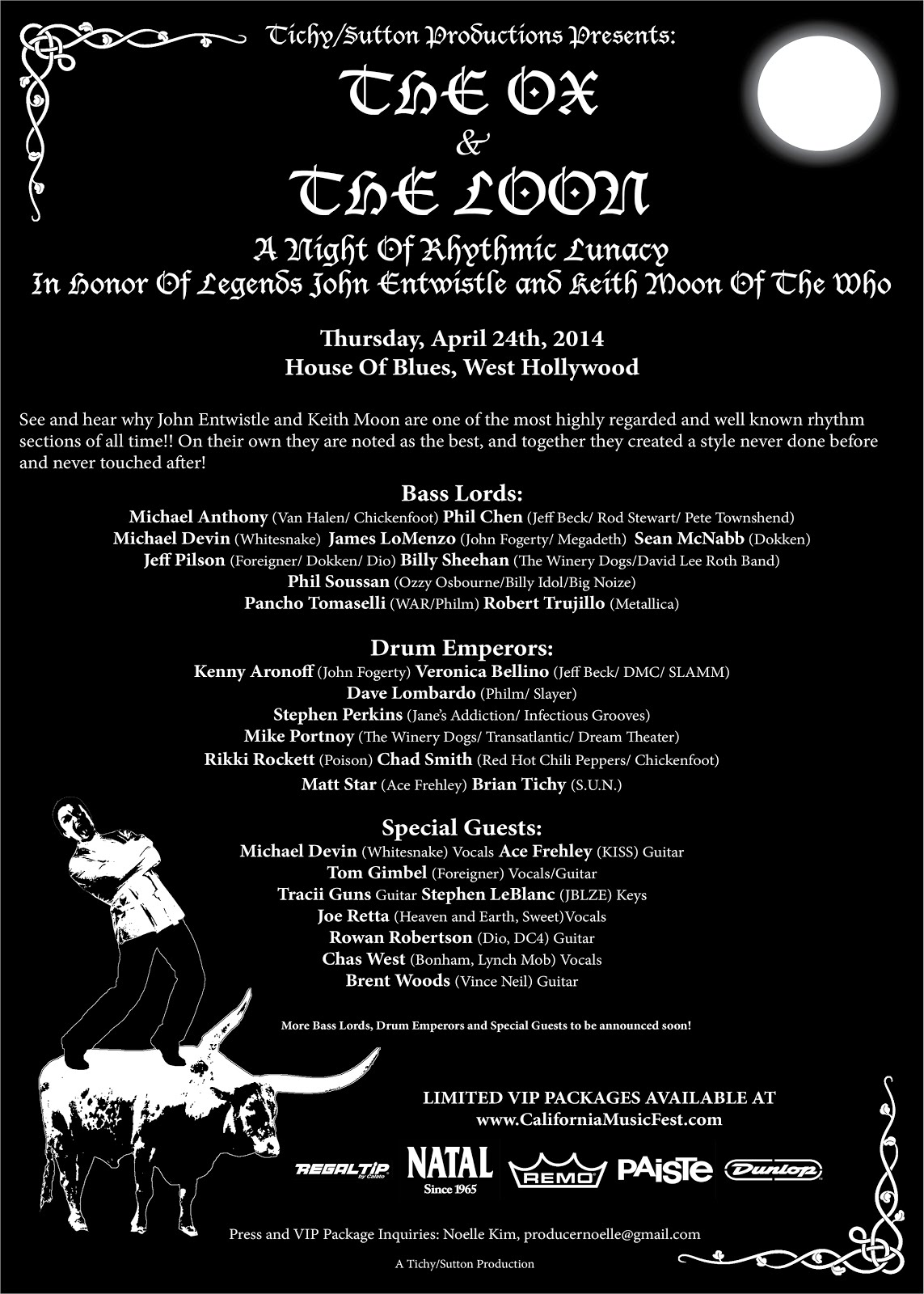 THE OX & THE LOON

LOS ANGELES, CA – On Thurs, Apr. 24th, (Doors at 7:00 PM) at the House of Blues in West Hollywood, Tichy/Sutton Productions bring you “The Ox & The Loon,” a night of rhythmic lunacy in honor of legends John Entwistle and Keith Moon of The Who. After many popular Bonzo

Bashes and the first sold out and highly acclaimed Randy Rhoads Remembered celebration at NAMM 2014, world renowned drummer Brian Tichy and partner Joe Sutton have put a night together to honor the most groundbreaking rhythm section in rock history.

“We are thrilled to be a part of this incredible celebration,” says Ashley Austin of Artist Legacy Group, manager of the Keith Moon Estate. “This event is truly a reflection of Keith’s lasting and undeniable legacy.”

Tichy stated, “We wanted to do something different and unique by celebrating the “other half” of rock bands! But not just the other half of any rock band, the other half of a rock band that has the most legendary rhythm section of all time! We are beyond psyched to announce the expanded line-up of performers graciously coming aboard to make this a night unlike any before! These amazing artists get together to give it back to the legends who wrote and broke the rules of rock ‘n roll!”

Ok! Hold on to your hats! Not only is legendary guitarist Ace Frehley of KISS, Chickenfoot’s Michael Anthony, Metallica’s Robert Trujillo, and Chad Smith of the Red Hot Chili Peppers partaking in the celebration, but get a look at the rest of the rock godliness that is performing in honor of the mightiest rhythm section ever!!!  This once in a lifetime gathering is going to be so massively entertaining, you won’t want to miss it! Long Live Rock!

Kenny Aronoff (John Fogerty/ too many to name)

Drum Legend Mike Portnoy had this to say, “Keith Moon is hands-down one of my biggest drum heroes…not only the way he played, but the way he PERFORMED! I had the great pleasure of putting together my own Who Tribute band back in 2006 w Billy Sheehan, Paul Gilbert & Gary Cherone and it was more fun than any drummer should ever have! So it’s my great pleasure to be able to re-visit my hero once again with this very special tribute “The Ox & The Loon”

Speaking of drum legends, former Slayer and current PHILM stickman Dave Lombardo expressed his heartfelt thoughts on being part of O&L: “[I’m] Looking forward to taking part in an evening honoring a band that is, without question, one of the most influential of our time. From auto-destructive art, to bombastic drums… they are one of the few bands that have truly made a mark in rock history.”

“When Joe Sutton and I first talked about this I couldn’t have agreed for a better way to celebrate two of the best musicians and friends of my life and whom else better to promote it, thanks guys,” says The Who’s production engineer and longtime crew member Cy Langston.

Bass Heavyweight Jeff Pilson said, “There’s not a bassist alive who ever played in the 70’s and 80’s (and all times for that matter) that doesn’t owe a humongous debt to John Entwistle. His melodic sense, his feel and chops, and his SOUND form the basis of most every rock bass player’s foundation. To finally have a show dedicated to the insane rhythm section of Moon/Entwistle is not only long overdue, but is going to be a case study in all-out rock intensity. I’m so honored to be a part of this and I can’t wait to play these monstrous rock tunes live and over the top! Sit back and enjoy an evening of music by the masters!!!!”

Lord of the Low-End James LoMenzo had this to say; “In my mind, no rhythm section in the history of Rock & Roll stirred up more excitement than the “Ox” and the “Loon.” Pound for pound and note for note there could not have been a more enigmatic pairing of talents.

John Entwistle rewrote the book on what the Bass guitar was in the sixties and what it would and has become throughout the past 5 decades. His style and tone has left an indelible mark on my playing since I discovered it as a young bassist. If you would ask me who my favorite drummer was throughout my formative years as a young rocker, I would almost indelibly reply ‘Why, Keith Moon of course…!’ For me, his raucous assault that was the engine for my favorite band (The Who) can only have been directed and held together by my hero “the Quiet One” John Entwistle. This, in my mind was a unity of divergent style unified by attitude. Keith, demonstrative. John, subdued. Both working together at the edge of a ridiculously taught tether that would constantly feel as though it were going to come completely apart! But, …it never did!”

Matt Starr (Ace Frehley / Burning Rain) weighs in with his thoughts on this historic celebration, “Keith Moon may have been The Loon in his personal life but behind the drums he was an absolute surgeon. With sniper-like precision. Driving a car into a swimming pool is one thing but gracefully executing 6 to 10 four stroke riffs in the middle of the first verse without stepping on the vocal is a Herculean feat of artistry.

To hear the brilliance of John and Keith and action take Live at Leeds in turn the balance completely to the left. Without vocals you are hard-pressed to figure out what song you’re listening to. These men were orchestras unto themselves interweaving & supporting each other with effortless grace and raw power.

At their best, The Who were the ultimate infusion of intellectualism, composition, and primal fury. At their worst, they were the greatest rock ‘n roll band ever.

Building on the success of the Bonzo Bash and most recently the Randy Rhoads tribute, I have no doubt that Brian Tichy’s Ox and The Loon will be his greatest event yet. I am once again honored to be asked by Brian to be included in what will no doubt be an amazing night of music and celebration.”   Veronica Bellino (Jeff Beck/SLAMM/DMC) shares her thoughts on being part of the show, “Keith Moon’s energy was the driving force behind The Who… and it is a force to be reckoned with! His energy will always live on and continue to resonate and influence. I am honored to be playing among the talented musicians of this event and pay tribute to one of rock and roll’s greatest drummers.– Rock!”

Joe Retta, amazing vocalist for The Sweet and Heaven And Earth said, “As a singer I am envious of Roger Daltrey. How fortunate it must’ve been to have such an amazing rhythm section. The two of them sometimes feel like a pounding locomotive. And yet can convey intimate subtleties and intricate compositions. Oh, and did I mention “chops”? Damn! So good it makes me laugh sometimes.”
Ox & Loon creator Brian Tichy said, “The more I listen to Moon and Entwistle, the more I am blown away and inspired! Where do you start? Where does it end? It doesn’t! I am so looking forward to this night and putting together a show that brings us all together for the common love of a rhythm section that catapulted The Who to the top of all things rock ‘n roll!”

Jeff Pilson singing lead with Dokken on “Just Got Lucky” 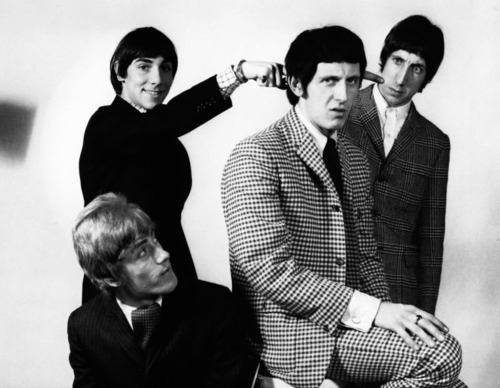 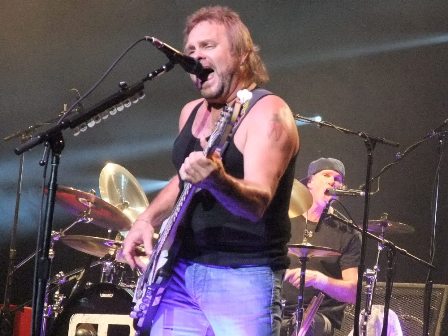 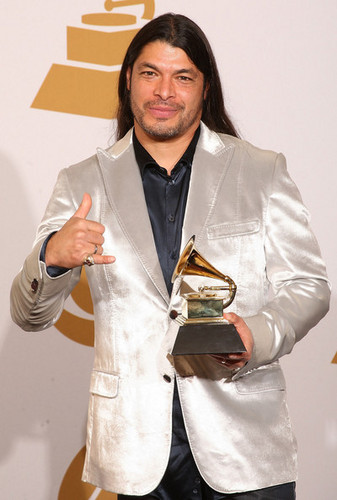 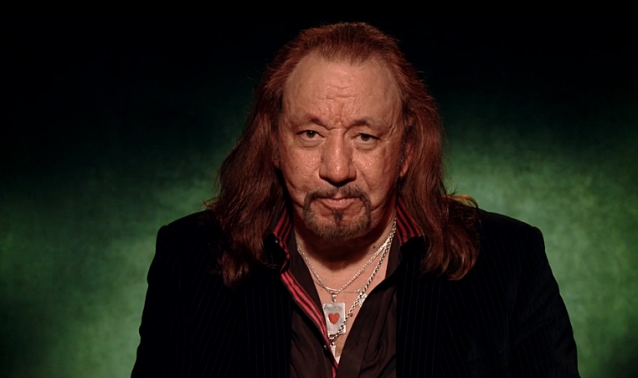 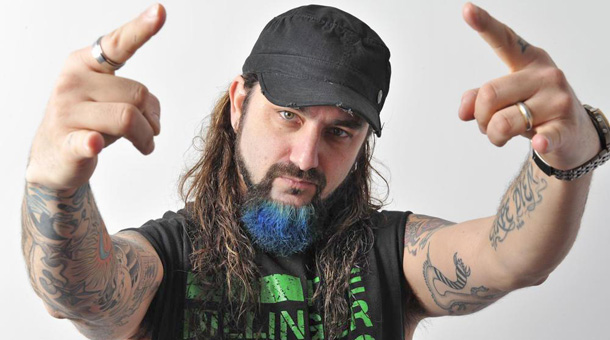 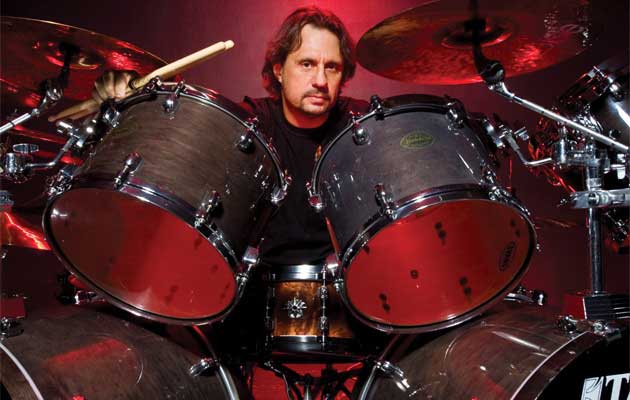 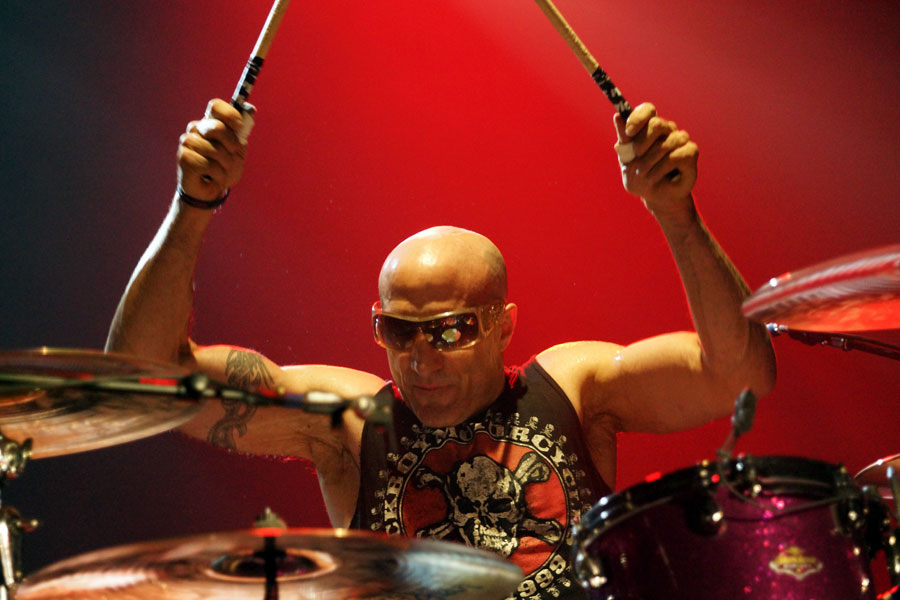 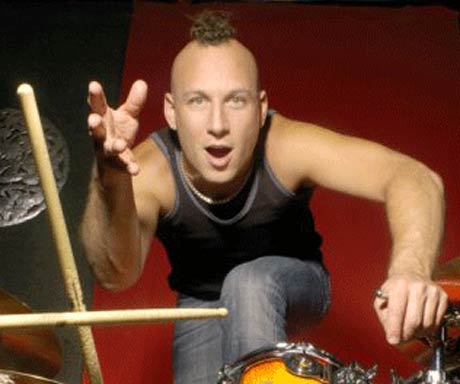 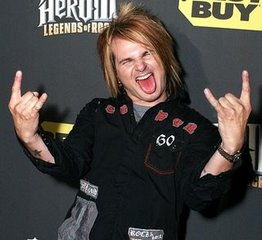 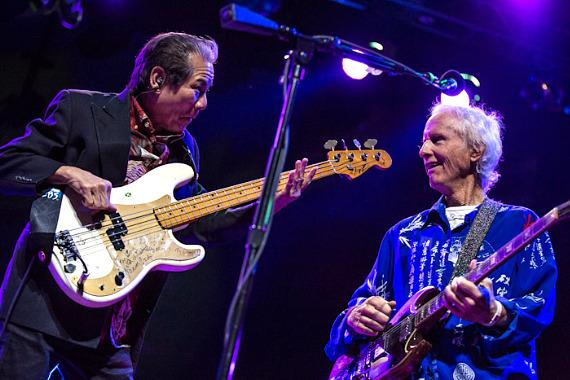 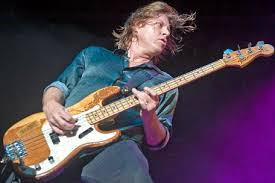 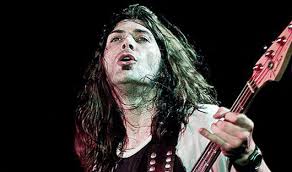 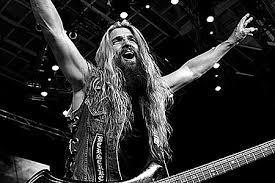 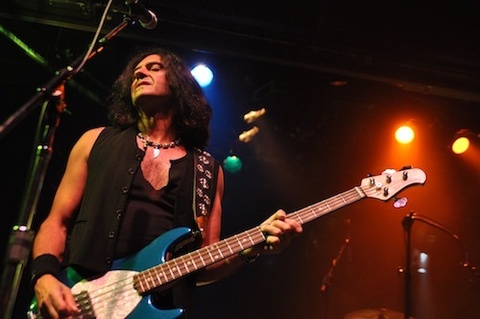 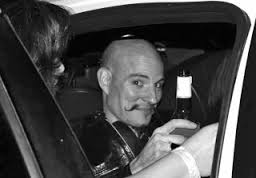 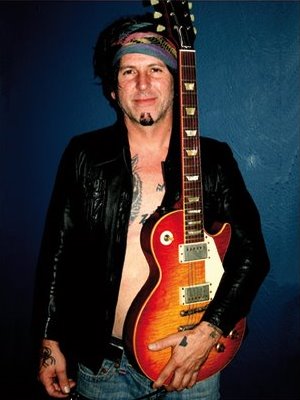 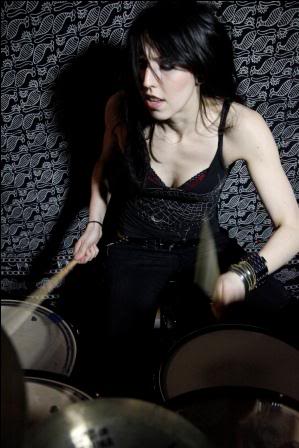 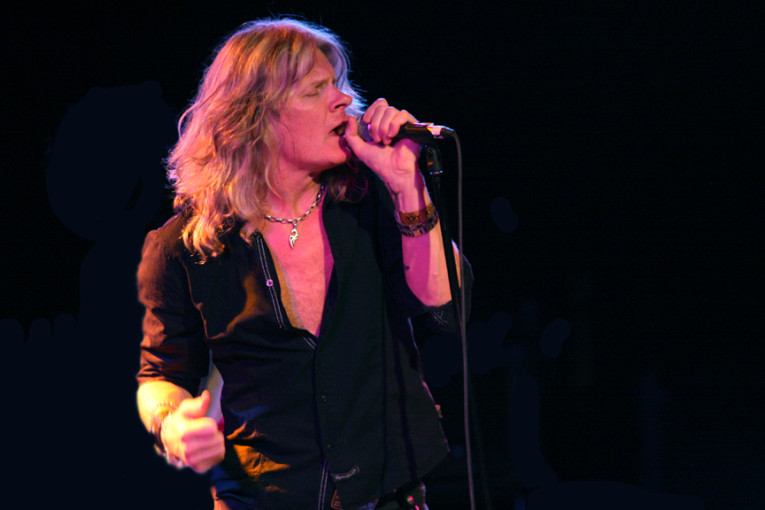 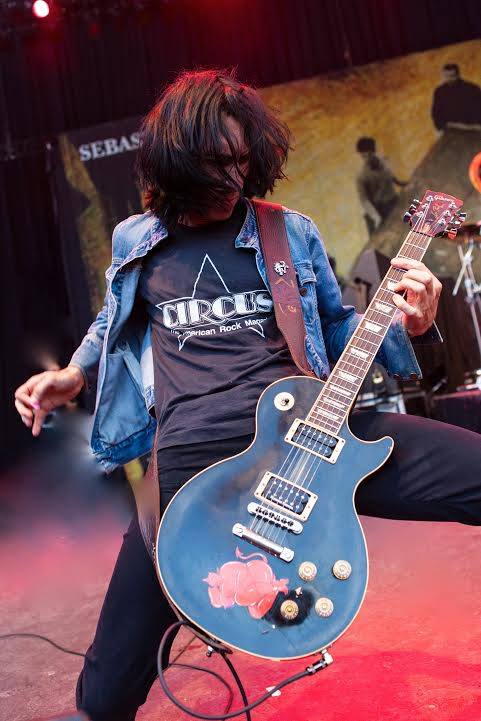 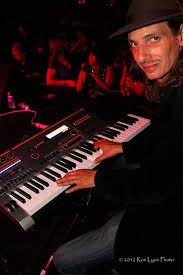 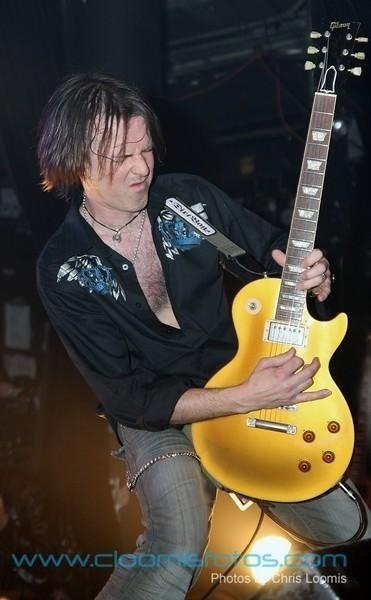 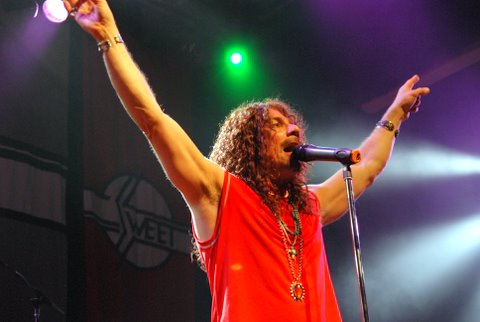