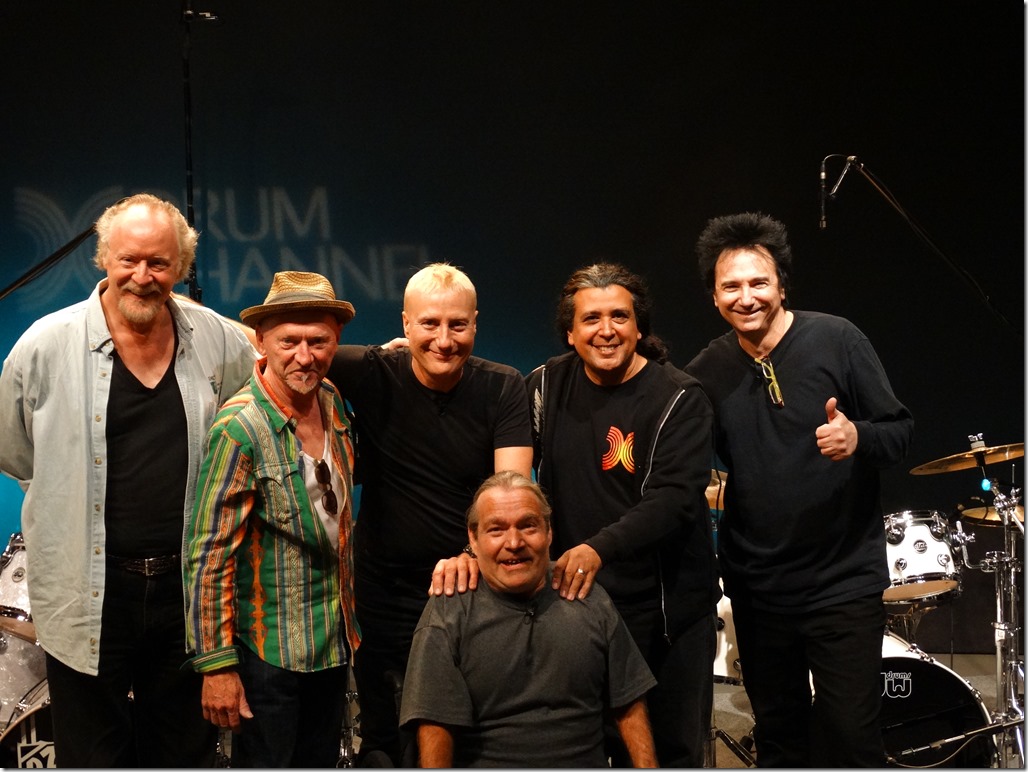 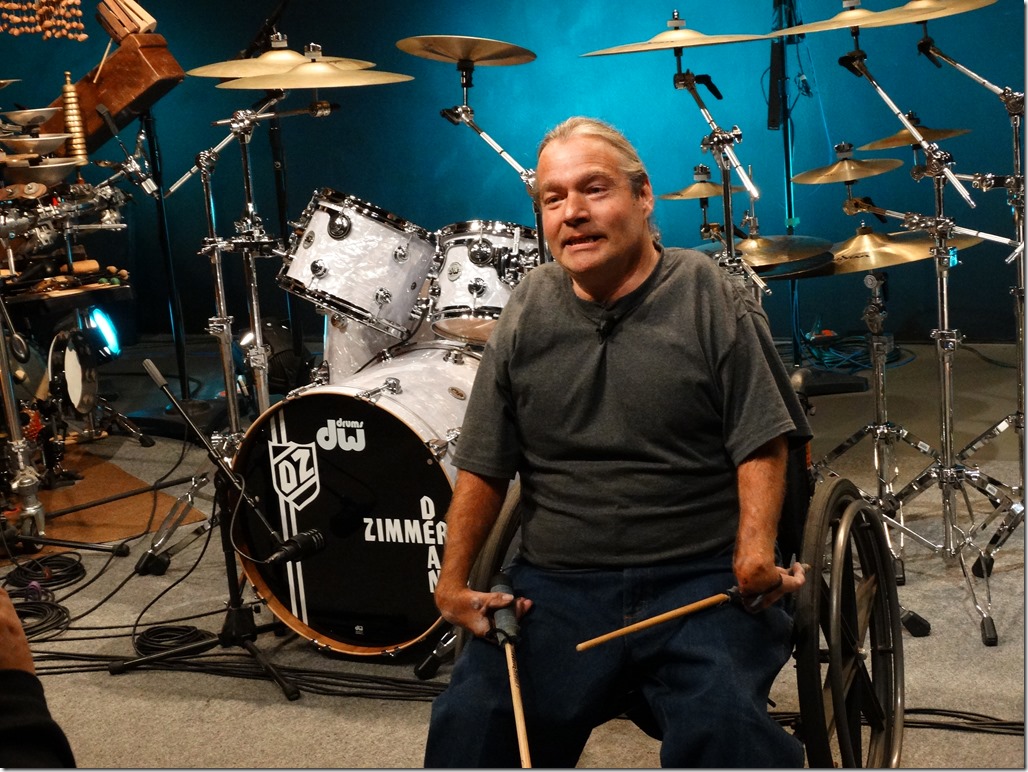 Dean Zimmer is finally getting his due.   After his YouTube video caught the attention of people on the Internet, he made the news, was covered in Rolling Stone, The Huffington Post and many other news sources around the world.  Having Dean on the Drum Channel has actually been in the works for many years. 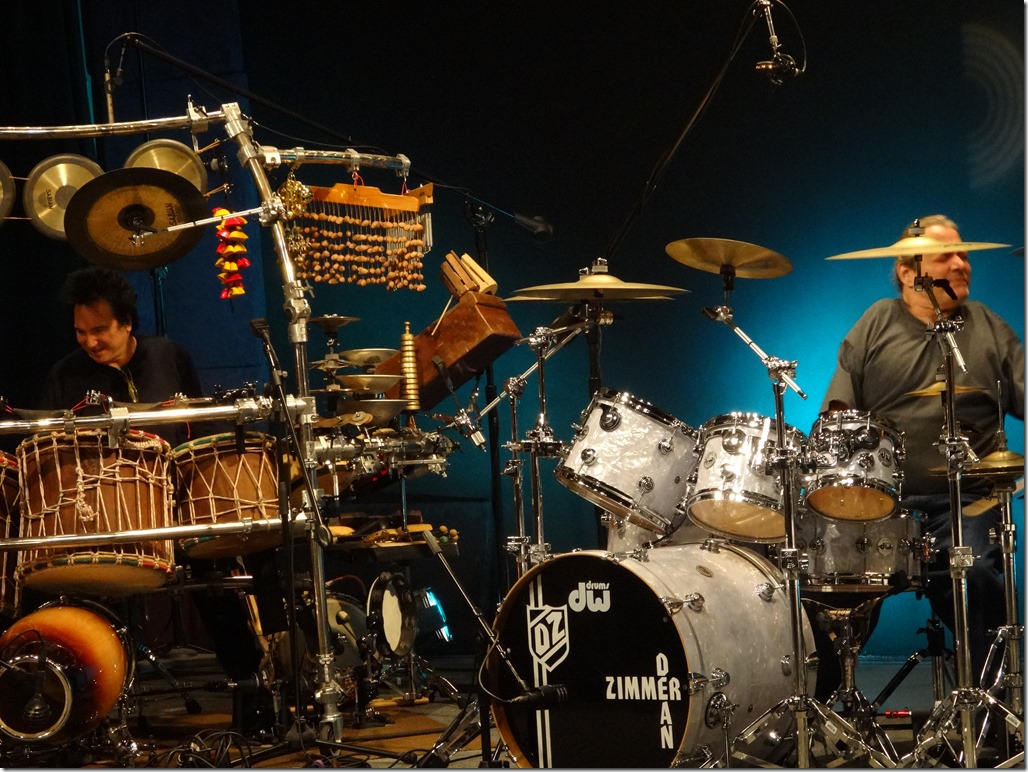 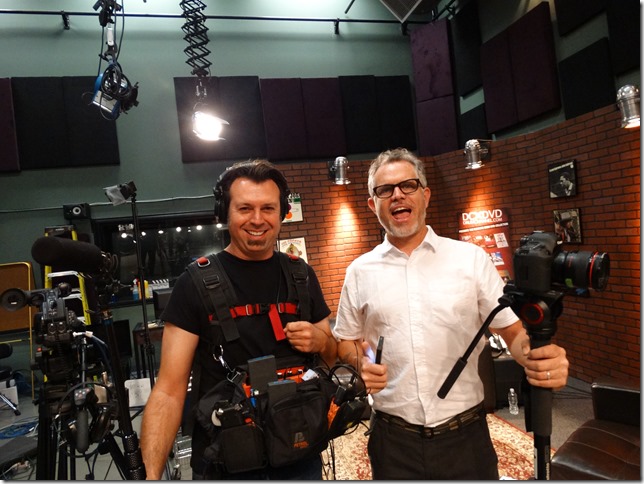 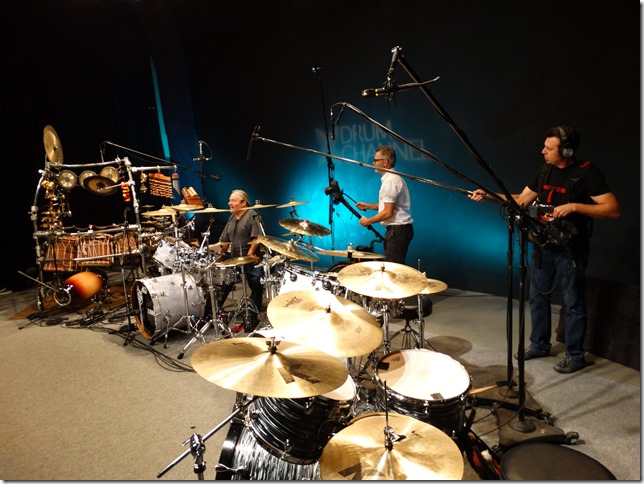 After the initial jam, Dean and The Woodland Hills Drum Club hopped on the couch and discussed Mark Craney (R.I.P. – he founded the drum club in his garage in 1985 and had some incredible members over the years), Dean’s start in drumming, moving to California from South Dakota (where Mark Craney befriended Dean many years) and jamming with some of drumming’s greats over the years. 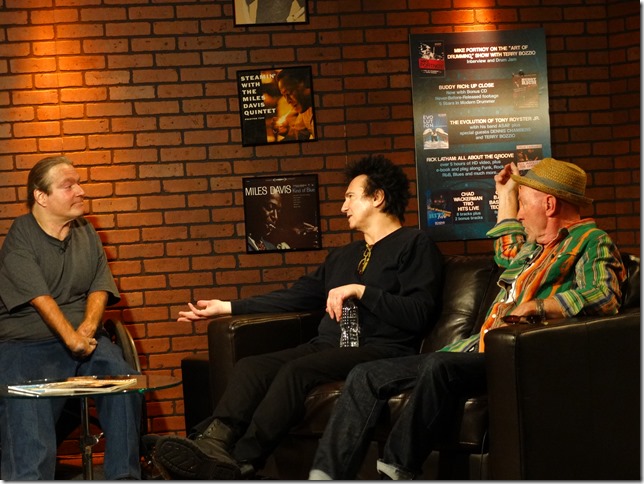 Terry holding up a picture of the Woodland Hills Drum Club: 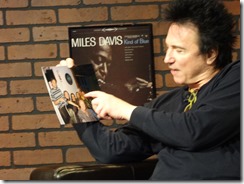 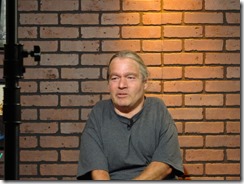 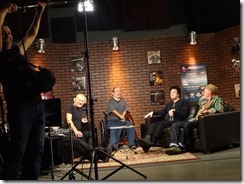 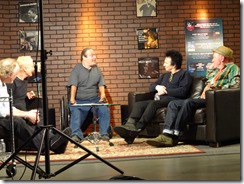 DW endorsee Al Velasquez hopped on the couch after the break and discussed his close friendship with his pal Dean. 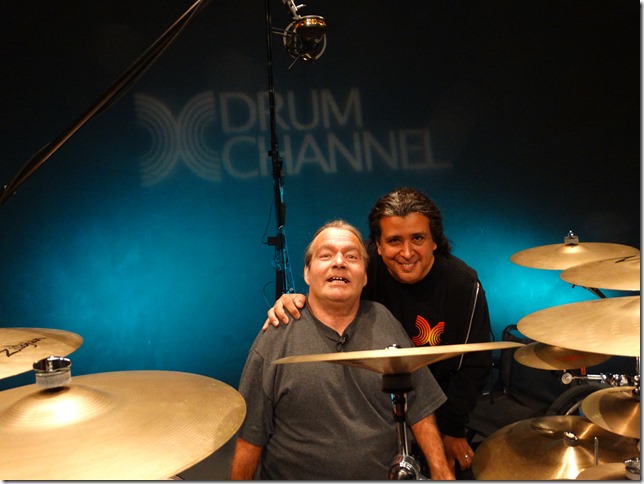 Following their conversation, the guys got up on the four kits onstage and jammed to close out the show.   Seeing all the smiles and looks of pure joy on the faces of everyone in attendance, along with the incredible playing over the course of the show was an very special experience.
MORE PICS 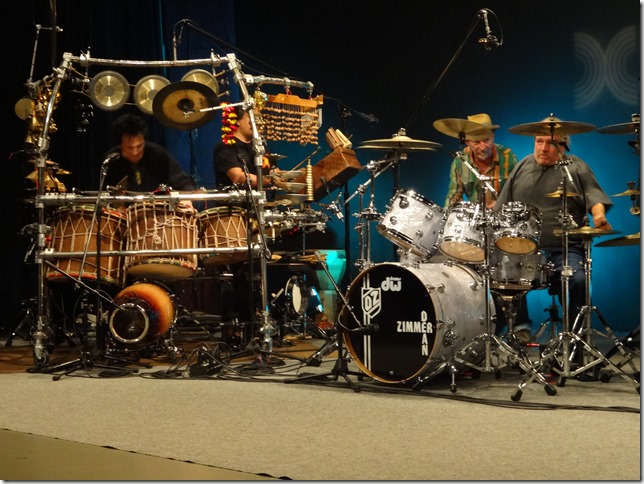 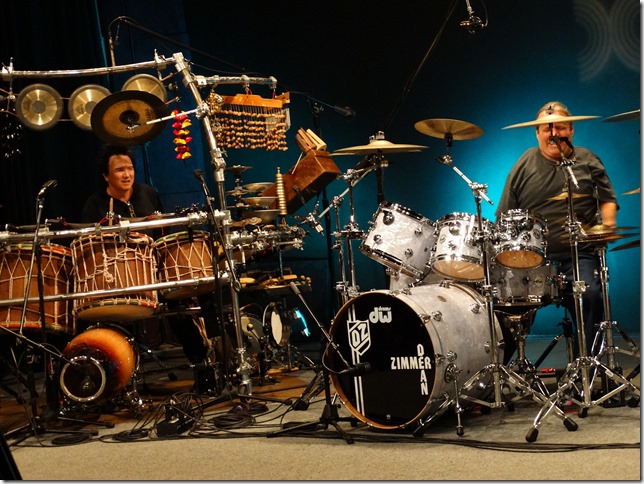 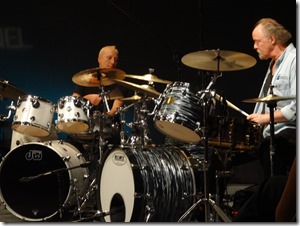 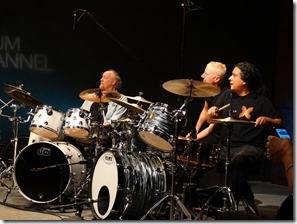 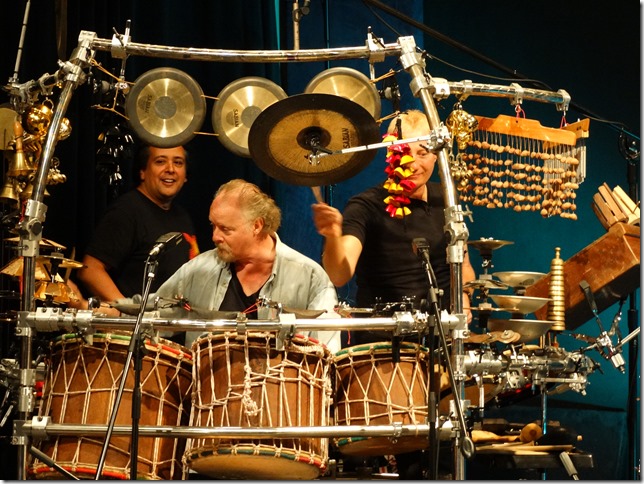 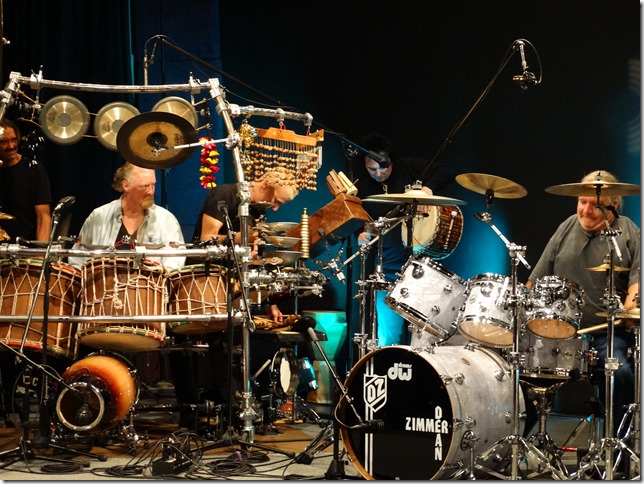 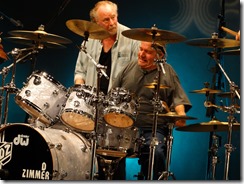 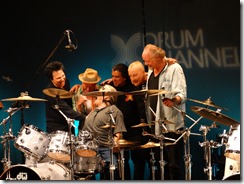 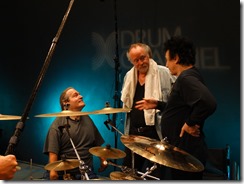 All of Dean’s friends in the studio were incredibly proud of Dean.  And rightfully so.  As usual, Dean “killed it”. 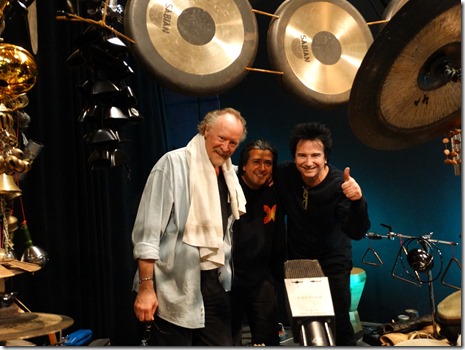 The sparkly new kit was given to Dean, as was an endorsement from DW. 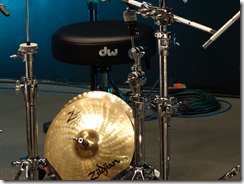 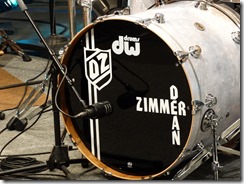 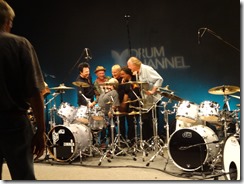 Dean perhaps had the best “roadies” ever, as an all-star cast loaded his new kit into his van. 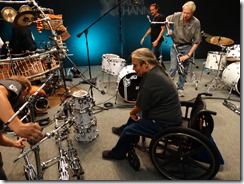 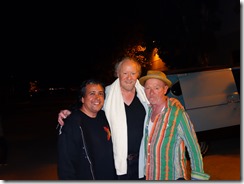 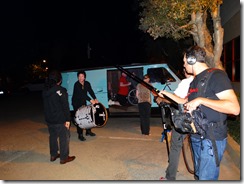 What a great way to celebrate such an inspirational and talented individual.

Dean has an upcoming session booked and it’s only a matter of time before he gets his wish and finds himself a band. 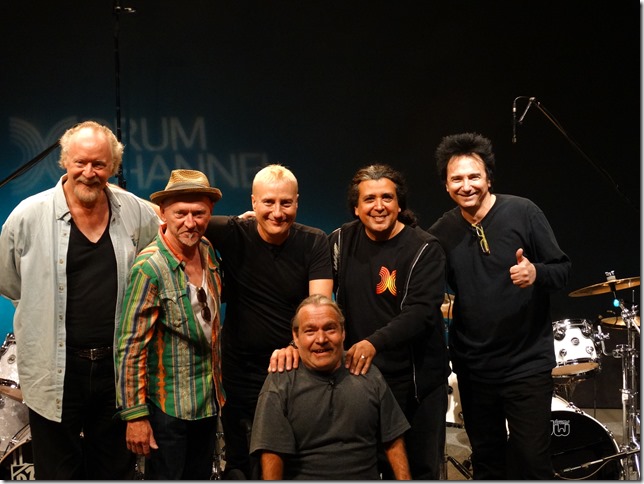 EVEN MORE PICS OF THE EVENT!