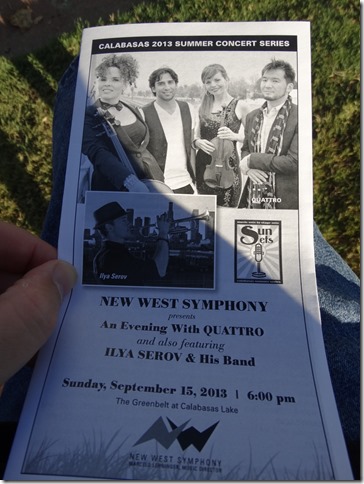 This is end of the Calabasas Summer Concert Series for 2013.   What an outstanding place to enjoy and early evening of great music.

Quattro was the first band that played.

Having enjoyed their music on YOUTUBE for quite some time and being blown away by their live act when they opened for Jose Feliciano last year at the Canyon Club in Agoura, Quattro stands out as one of the most original and talented musical groups there is.

It’s so nice that they play locally so often, but I’ve inadvertently missed way too many of their recent shows.

I’ve seen thousands of bands perform live in concert over the years and not only are they one of my favorite groups, I also consider them one of the best.   Most music just doesn’t compare to this and if they don’t get recognized for being such an incredible band, then there’s obviously no justice in this world.

As witnessed by the debut album, Popzzical, which is a blend of POP, jaZZ and classICAL (get it?), their music is intelligent, brilliant from a technical standpoint and ground breaking.

The musicians are all virtuosos with Lisa Dondlinger (violin), Kay-Ta Matsuno (guitar), Jorge Villanueva (percussionist/ typist) and Giovanna Moraga Clayton (cello).  They can all sing in pitch, too.    Nothing gets lest out with this band.

I’ve been following them for a while.   Each band member gets excellent gigs outside of the band…… and deservedly so.   You may see a member or two performing on TV with a late night orchestra on one or several of the big network late shows, on shows like American Idol and other major productions that has the ways and means to get just about anyone they want to play.  That’s impressive and is a crowning achievement for any serious musician.

I’m a fan of heavy music (rock, metal, etc.), and in an odd way (and perhaps it’s just me and me alone), I consider this to be among some of the heaviest music I’ve ever heard.  When good, fast-tempo classical music is played with precision, it sounds so HEAVY.

This is an example of what I mean.

Sorry for the poor audio quality – I wish it was better:

Side note: I would love to see QUATTRO, METALACHI and HEAVY MELLOW play a concert together.   That would be my idea of a fantastic show.

Jorge doing his thing on the typewriter.   What a neat idea to make typing into an actual song.   It sounds great, too. 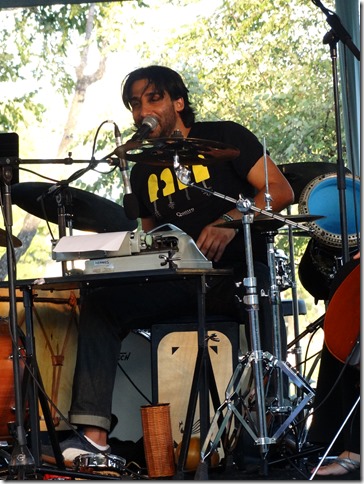 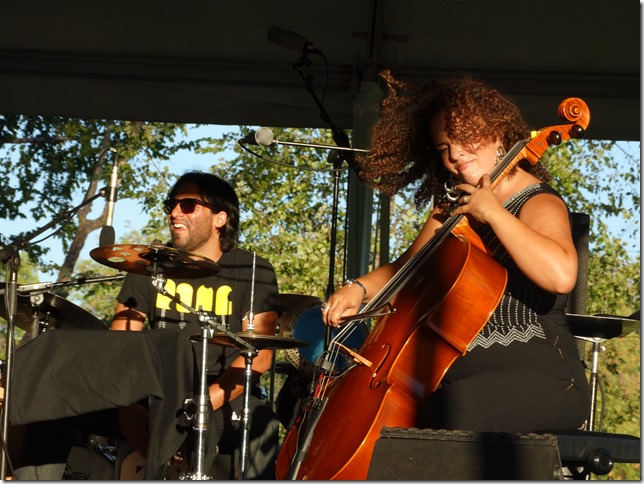 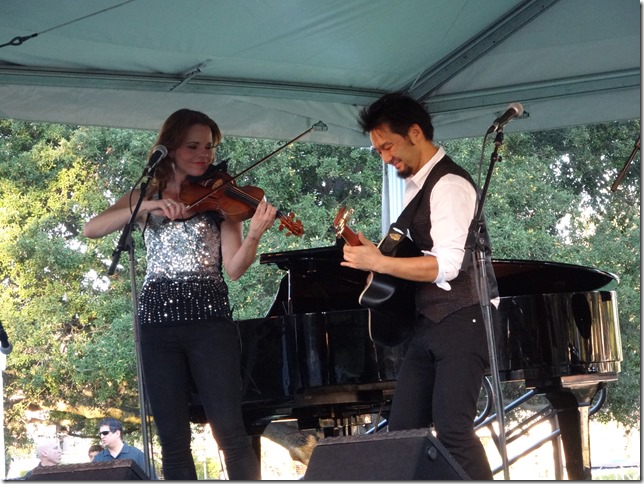 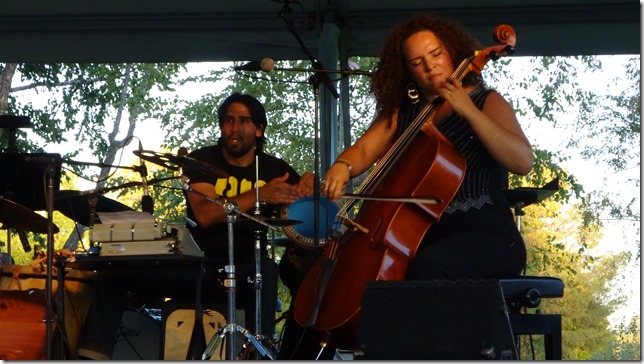 They all sang together towards the end of the set and it sounded fantastic. 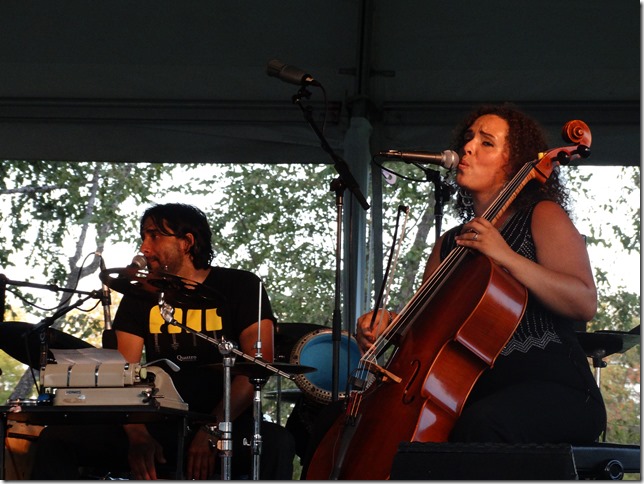 During Quattro’s set, a few boats and many ducks took a cruise up the lake next to the stage to enjoy some tunes…

After the show, Lisa Dondlinger and Jorge Villanueva signed CDs at the merch table, while Kay-Ta Matsuno prepared to play in the next band with Ilya Serov and Giovannna Clayton had to hightail it to the Hollywood Bowl, where she was playing in just an hour or two at the Earth Wind and Fire concert (how cool is that? – here’s to shifting gears!).

After sound checking the trumpet (which was a pretty good little show in and of itself), the band jammed out while Ilya Serov started singing. It was very impressive and sounded great. 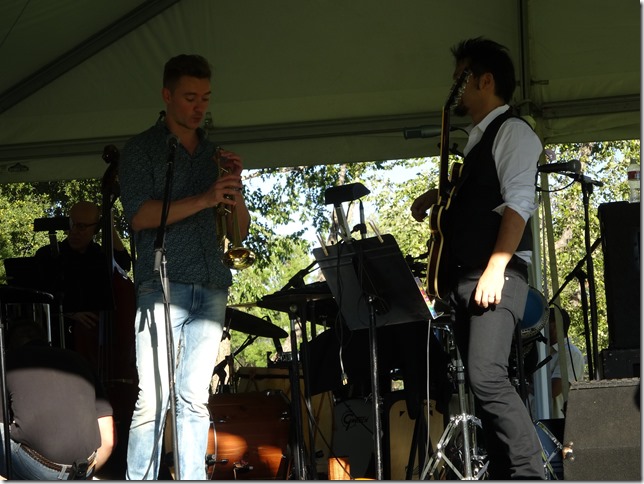 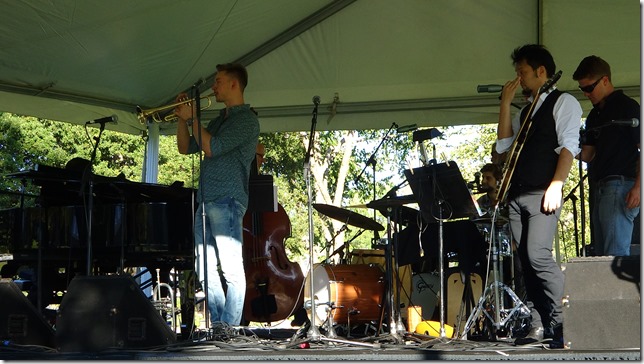 The band, complete with an upright bass player, a pianist, drummer and guitarist, came out right around 7:00 and performed a set of jazz standards and classics with Ilya on trumpet and vocals.   It was now a beautiful evening and the band was fantastic.      A few people danced with each other right next to the lake. 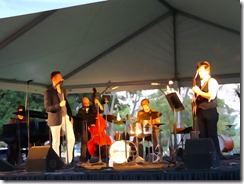 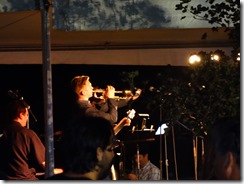 And thanks to these guys for putting the event on: