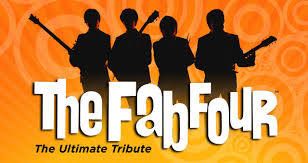 Phil Soussan and Rafael Moreira jammed some Ozzy tunes.  Phil played bass and sang on “I Don’t Know” and sang “Crazy Train”.   Phil rocks.   It was cool seeing him play again.   He’s had some great jam nights in Sherman Oaks.

Some audio/ weak video (it was old school camera night):

“Freddie Mercury” (Gregory Finsley from Queen Nation) came out and jammed “Dragon Attack” and “Tie Your Mother Down” from Queen.  Awesome!

Cara Lee rocking out with the band:

Some of the tunes:

This may be the funniest marquee of all time:

The sign alone should have had people lined up all the way to Universal City.

This show was bad ass.   A.L.I.V.E.’s all-star tribute to KISS rules.     With the amount of talent in this band, this show was a no-brainer (even not being real KISS fan).

I grew to like KISS’ music through two things – the DETROIT ROCK CITY movie and soundtrack (Rex plays “Cat Scratch Fever” with Pantera on this recording, not KISS, but kind of close) and SPACEWALK: A TRIBUTE TO ACE FREHLEY.  These are all very worth checking out.

The funny thing is, these two recordings are KISS songs played mostly by other musicians and bands.

Needless to say, I found both of these to rock harder than actual/ original KISS recordings.

Here’s Tichy’s kit.  It was next to impossible to get any pictures of Brian playing with Bumblefoot in the way, but that’s a pretty good problem to have.   Like his Zeppelin/ Moby Dicks shows, he gave it his all and ripped on the drums throughout the performance.

The set list.    The last two songs got flip-flopped in the actual set.

Bumblefoot was on fire throughout the performance and played his special insanely cool guitar parts.

Bumblefoot handled most of the vocal duties, but Rex and Mark did sing a few songs as well.

They had some fake Gene Simmons as a guest.  He looked cool, but nobody fell for it.

From beginning to end, this was a FANTASTIC show.  A.L.I.V.E. is easily the surprise band of the year!

Rare shots of Brian Tichy getting in range of the camera.

A tattoo of Bumblefoot’s autograph:

Brian plays EVERYTHING on this track (and this is the one extra song they SHOULD have played!!)

Best shots of the evening (not saying much, but here they are):