Queen Nation just paid tribute to one of the greatest rock-n-roll bands ever on AXS.TV via a stunning  live performance.

The band has been around for quite a while and has deservedly earned its reputation as the premiere Queen tribute.

The Roxy was packed when Katie Daryl introduced the band to start off the program. 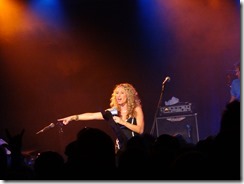 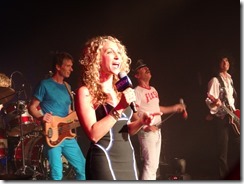 They were able to cover quite a few songs in the vast Queen catalog, including “Killer Queen”,  “Tie Your Mother Down”, “Fat Bottomed Girls” and a super-charged version of “Don’t Stop Me Now” . 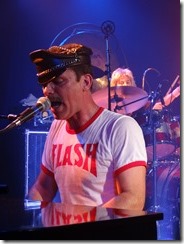 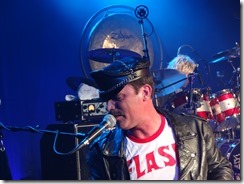 The attendees were blown away by how accurately they were able to recreate their live concert and transport the audience back to a Queen show  in the 80s.  It was amazing. 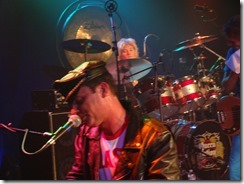 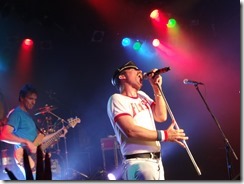 The Roxy was hopping with the bass-driven “Another One Bites The Dust” and “Under Pressure”.

One of the highlights is when they handed a pair of handlebars with bicycle bells for a little audience participation during “Bicycle Race”. 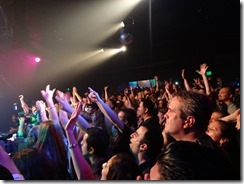 The bass and drums were spot-on.  The guitar solos, piano and vocals were so accurate, it was almost surreal.  Mission accomplished for being The World’s Best Tribute Band for Queen!

They did an outstanding (although, due to television time limits, a somewhat condensed) version of “Bohemian Rhapsody”, everyone was dancing around to “Crazy Little Thing Called Love” and they did a very high energy version of  “Stone Cold Crazy”, which was covered by Metallica years ago and really impressed the guys from Damage Inc., who were in attendance in anticipation for next week’s performance on AXS.TV’s THE WORLD’S GREATEST TRIBUTE BANDS. 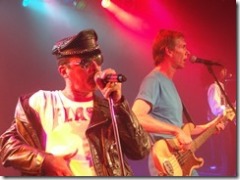 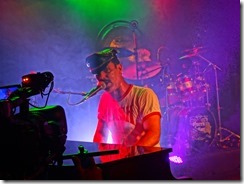 The encore included “We Will Rock You”, “We Are The Champions” and ended with a remarkable version of “Hammer To Fall”. 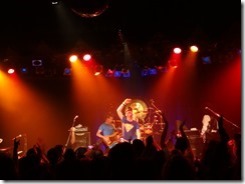 The BAND/ the incredible musicians that make up Queen Nation:

YOUTELLCONCERTS was on hand to capture the reaction of fans in attendance for the show, including performers from upcoming and recent episodes of The World’s Greatest Tribute Bands. 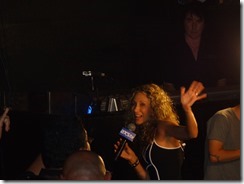