After the sun set on Sunset, the show opened with a S.U.N. set (ha ha).

I remember impulsively going to an Ozzy concert on a weekday in 2000. I had that day off work and got a call in the morning from a friend in Vegas saying that Ozzy was playing at the Hard Rock Hotel that evening. The ticket was $75, which was a lot of money for a concert back then. I said, “I’m in – buy my ticket for me and I’ll be there in 3 hours”.

I called Southwest and booked an immediate flight , along with my return flight the next morning. I drove right to the airport (I didn’t pack a thing) and made the flight, which included Joe Holmes, a very young Jack Osbourne and Brian Tichy, who were in front of me while boarding the plane. I didn’t even realize who these guys were or made the connection until I saw them onstage later that evening. That was the best Ozzy performance I ever saw live. Robert Trujillo, Joe Holmes, Brian Tichy, the keyboard player (probably John Sinclair) and Ozzy when he still had it – this was a spectacular line-up.

Over the years, I’ve seen him with Foreigner, Lynch Mob, on That Metal Show doing his speed bag drumming and with several other bands and jams here and there. And I’ve even seen him play for the Moby Dicks at the Bonzo Bash last year.    The best performance I saw outside of Ozzy 2000 was with Doug Aldrich, Michael Devin and Keith St. John at the Whisky not too long ago.   That was awesome.

Personally, I didn’t really understand how much he invested in this S.U.N. band. He left Whitesnake to be a guitarist?

And opting for self-described "Gypsy Rock" over major hard rock and metal classics?    It seemed like a bizarre leap of faith, but I actually understand a lot better after tonight.

We walked downstairs at the beginning of their set and they were shredding.   And the place was packed.

On the way in, the first people we saw were Jeff Pilson and Glen Sobel.

There were TONS of musicians in attendance.  There were several former and current members of Foreigner there for the show.

Sass Jordan is the singer in this band and she clearly rocks. Tommy Stewart is a great drummer and Michael Devin (who is still in Whitesnake) is a great bass player.

Great set.  The Neil Young song at the end was kind of questionable.   Other than that, no complaints…….  Good band.    They rock. 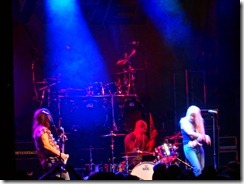 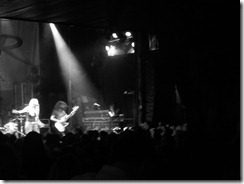 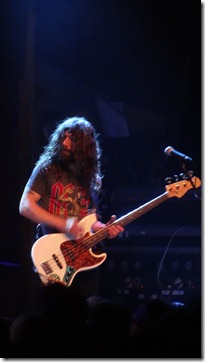 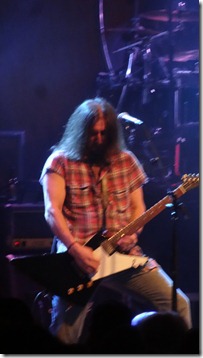 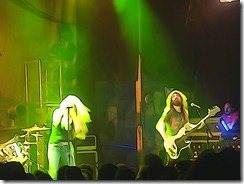