It was pretty packed at the Canyon with wall-to-wall UFO fans and several rock stars in attendance. 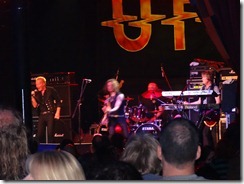 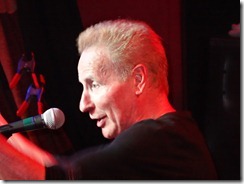 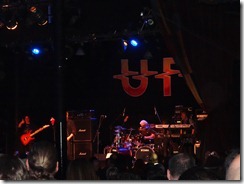 They started in with Lights Out, did Mother Mary, Fight Night, a few other new tunes  and then did a great string of classics like Only You Can Rock Me, Love to Love, Too Hot To Handle, Rock Bottom, Doctor Doctor and encored with Shoot Shoot.  Great sound, great crowd, just an all-around incredible night of live music for the post-Turkey Day weekend.  Excellent playing by the entire band.   And, as expected, Vinnie Moore was ON FIRE!! 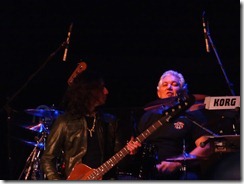 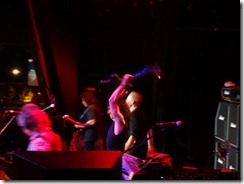 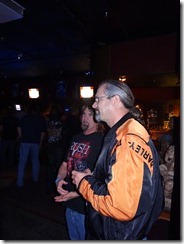 This is definitely one of the best live heavy rock/ metal performances out there! See this band if you get a chance!!

And bring some money for some cool stuff after the show!   What a great selection of merchandise.   You can buy autographed gear used on their tour.    Here’s Mark shelling out the cash for some merch! 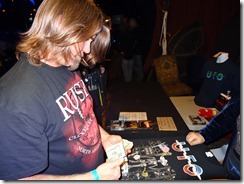 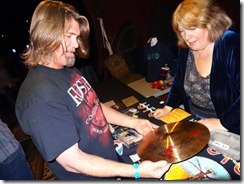 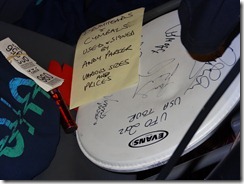 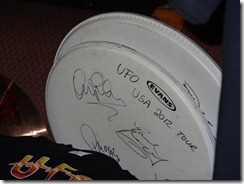 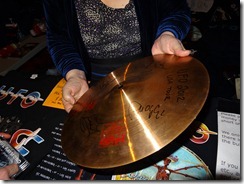 Check out this great sign at their merch booth- awesome!! : 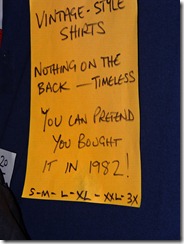 Best hairstyle EVER at The Canyon Club