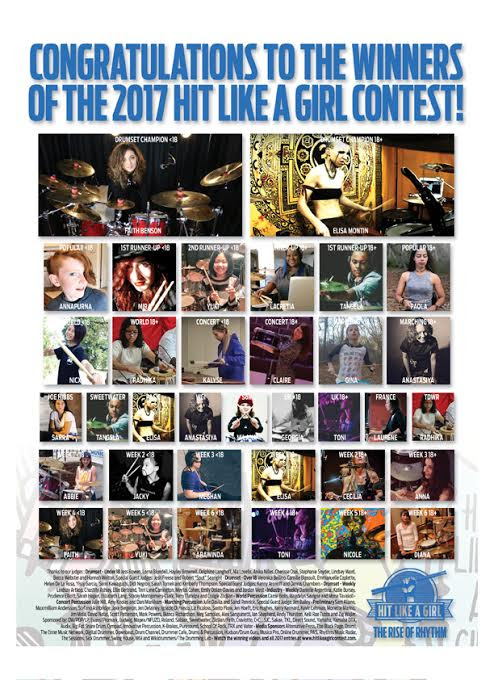 Champions, Winners & Award Recipients Of
The 2017 Hit Like A Girl Contest.

Nearly 3 dozen of today’s top drummers have been announced as the Champions, Winners and Award Recipients of the 2017 Hit Like A Girl global contest for female drummers. The players from the US, Puerto Rico, the Netherland, Japan, Italy, Indonesia, India, England, France, Germany and Cypress— and as young as 9 years old— were just a handful of the hundreds of girls and women from around the world who participated in the sixth annual competition.

Judged by leading educators, professional players and industry executives— and sponsored by the biggest names in drum manufacturing, media and retail— the winning videos along with all the entries and prizes from the recently concluded contest can be seen at http://www.hitlikeagirlcontest.com.
Here is the official list of 2017 Hit Like A Girl Contest Winners: