I’m getting old.   I remember when Zakk Wylde joined Ozzy in the late 80s and going to several Ozzy concerts at Irvine Meadows  over the next few years.

The way he did “chicken-pickin’” along with playing metal with fast, screaming leads was always cool.    He often received mixed reviews, from “having a vibrato as wide as the Grand Canyon” to sounding like “Yngwie on acid”.  That was always amusing.  A guy that shreds that clearly likes the Allman Brothers, Randy Rhoads and Al DiMeola.  Good combo.     You either got it or you didn’t.

I followed his work with Pride and Glory (great album, BTW) and his solo stuff/Book of Shadows.     I remember seeing him do an unplugged show at the Troubadour prior to starting BLS, where he previewed material from the forthcoming album Book of Shadows. That was on August 12, 1995.    He also played some Elton John songs on the piano.  I was kind of in shock over that.

He left Ozzy around that time and was replaced by Joe Holmes on guitar.

I got the Black Label Society CD the week it came out.   That was around the the beginning of when CD burners started ruining record stores.

I think the last BLS I bought was 1919 Eternal.    I honestly haven’t heard much of their music since then.  And I haven’t listened to a BLS album in forever.

I didn’t see Zakk play with Ozzy again until 2007 and, afterwards, I swore off ever seeing Ozzy again at that point.  Ozzy’s vocals sucked and the show sounded horrible.

Here are some BLS pics from NAMM: 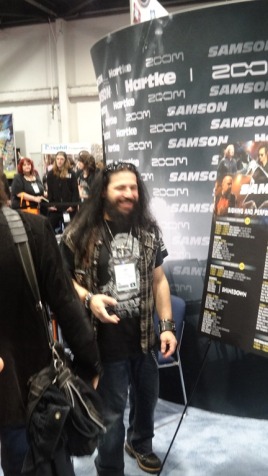 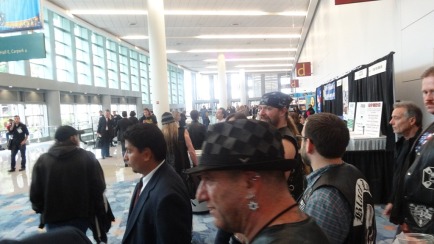 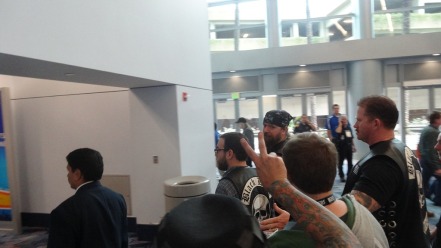 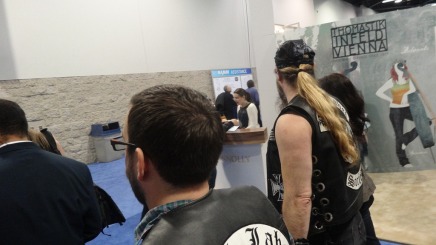 This special show was to be filmed for a DVD release at The Mayan last Summer. Then it was rescheduled to January. It finally happened and was broadcast on AXS.TV with the footage to follow on DVD and CD for a later release.

We all showed up a little late (there was a long line to get into the venue) and the band ripped.   He played a surprising amount of electric guitar.   He also hopped on piano and did some shredding acoustic guitar work.  The show was packed, had a great vibe and lots of tunes were played.   Zakk and his band are great and this was an excellent concert, as they rocked Pride & Glory, Book of Shadows and BLS tunes.  Awesome! 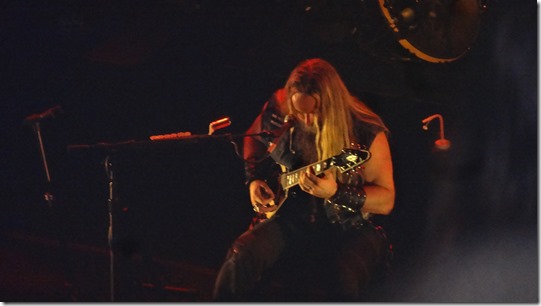