Looking ahead to Orianthi’s upcoming appearances at the Grammy Museum and The Whisky this month, I thought I would redo one of my very first blog posts from over 3 years ago.    2010 was a good year for concerts, as were the last two years.   I also caught the show where Orianthi played with Alice Cooper at the Orpheum (where, unfortunately, the band was joined by Johnny Depp during half the show – bummer!)  Anyhow, here’s my look down memory lane. 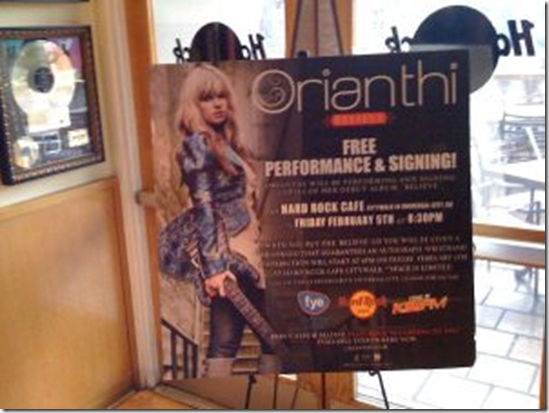 FREE SHOW AND CD SIGNING AT THE HARD ROCK CAFÉ

Orianthi was supposed to play on the outdoor stage at City Walk, but inclement weather forced her to play inside the Hard Rock Café.

Arriving early to secure wristbands for the meet and greet was a good call, as was getting there early for the performance to get a spot near the stage.

Watching the crummy John Travolta movie in between those times (“From Paris With Love”) was a bad call.

We got right in front of the stage, which was the place to be.  From there, I snapped some pics with an iPhone and then found related content out on the web. 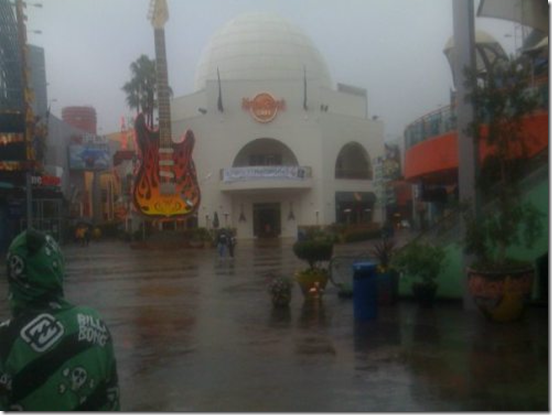 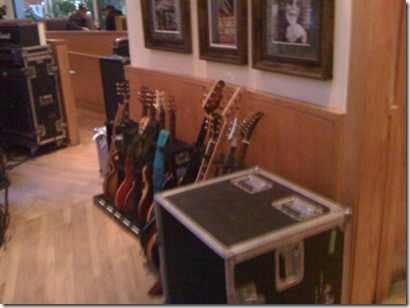 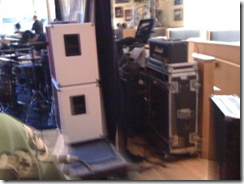 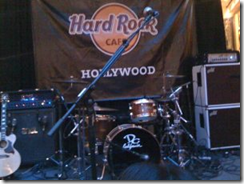 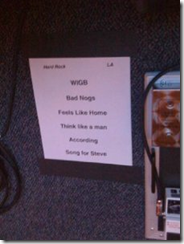 I caught a pic in this vid.  It’s just a thick green Tortex- nothing fancy.   I still have it. 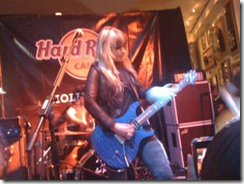 During the show, she signed a blue PRS that now hangs on the wall of the HRC Hollywood (at Hollywood and Highland). 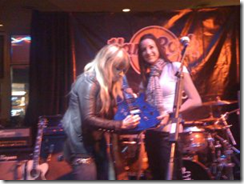 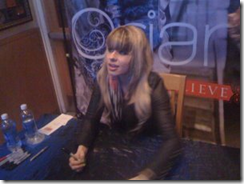 Orianthi is way cool.  She was very personable when she did the meet-n-greet/ signing and even let my friend take the event poster home after the show. 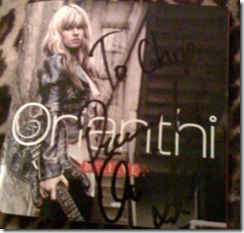 Here is the signed guitar and picture of the event at the HRC Hollywood (these pics were taken in December, 2012 when I came upon them near the stage and bar area):